From a recent session at After Dark Charlotte, under the direction of Brian DeMint, one of the most original artists I have ever met. He lit models using a beat up work light, as well as a florescent ring. The art direction was spectacular! 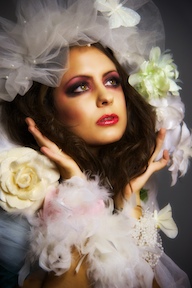